I have made a choice to add to our WSSD family and decided upon another beautiful puppy bred by Rosehill kennels here in Perth.

Being part of the Rosehill "extended family" they allowed me to choose a name for a suitable female puppy in the 'H' litter.  I chose the above name especially to match with Duke of Bordeaux - now I have a Duke and "Duchess".  Honorine is a feminine form of a duke in French to match with her sire who is imported from France. The name also struck a chord in my heart as our last shepherd prior to Ajax was Zac - a black GSD x who lived to the ripe old age of 14 and is still missed. So her name is very special to me.

And her call name  'Eski' - well she's white and versatile! 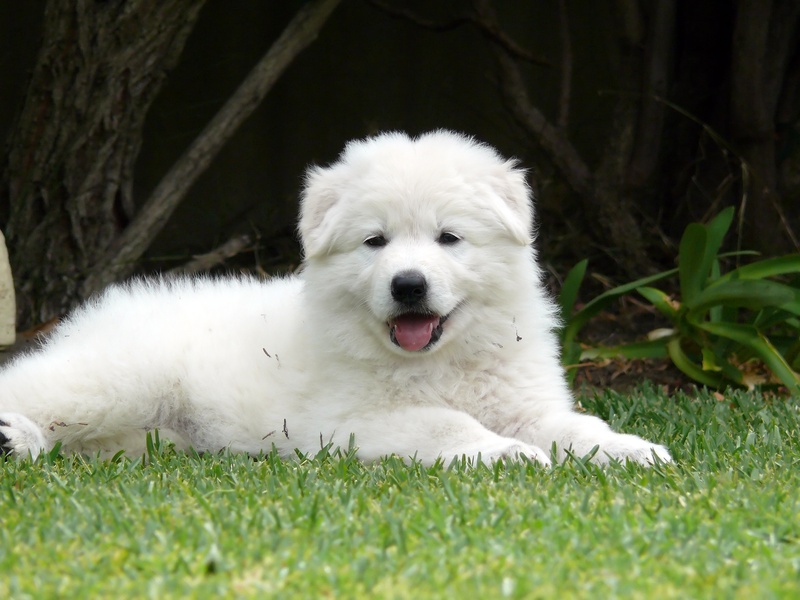 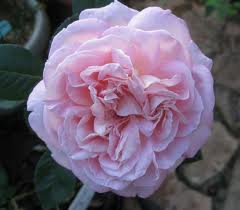 Her sire is the wonderful E'Prince of Trebons Berger Blanc imported by Rosehill in 2010 and he has matured into a confident, stunning male with wonderful bloodlines.  see https://rosehill_manor.webs.com/prince.htm

Her dam is Coolabah Joli Mist bred in Queensland and her sire is from imported bloodlines through AI - being UKC Gr Ch Royal Sir Isaac's IQ (USA).

This brings together imported blood lines on both her dam and sires sides to breed the quality White Swiss Shepherds we now have here in Western Australia.

Born on Valentines Day - 14th February 2012 - Charlotte gave birth to 8 puppies. 4 boys, 4 girls. From the girls only 1 is long coated - Red Girl.  From the outset she was noticed in videos by being the curious, adventurous one - sniffing the camera and generally watching all that was going on. 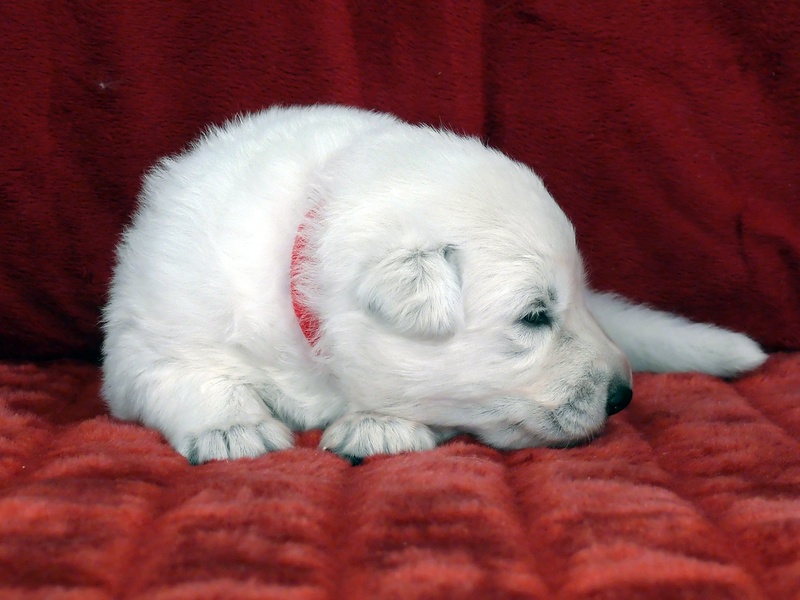 Getting to meet and choose her on February 24th enabled me to observe her (in between sleeping) as the most adventurous pup of the litter.  She also happily tolerated my prodding, poking and laying her on her back before happily running off to eat or play again.  She is a very pretty girl and I'm so looking forward to watching her grow. 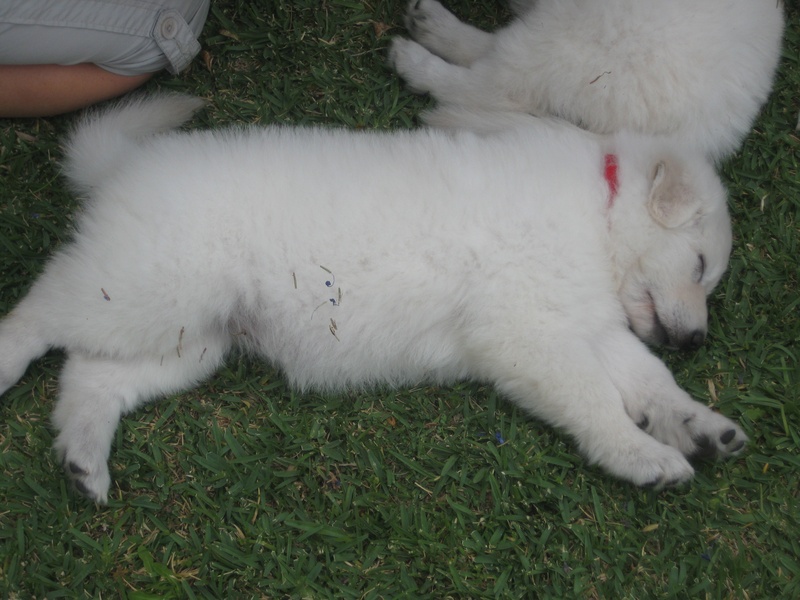 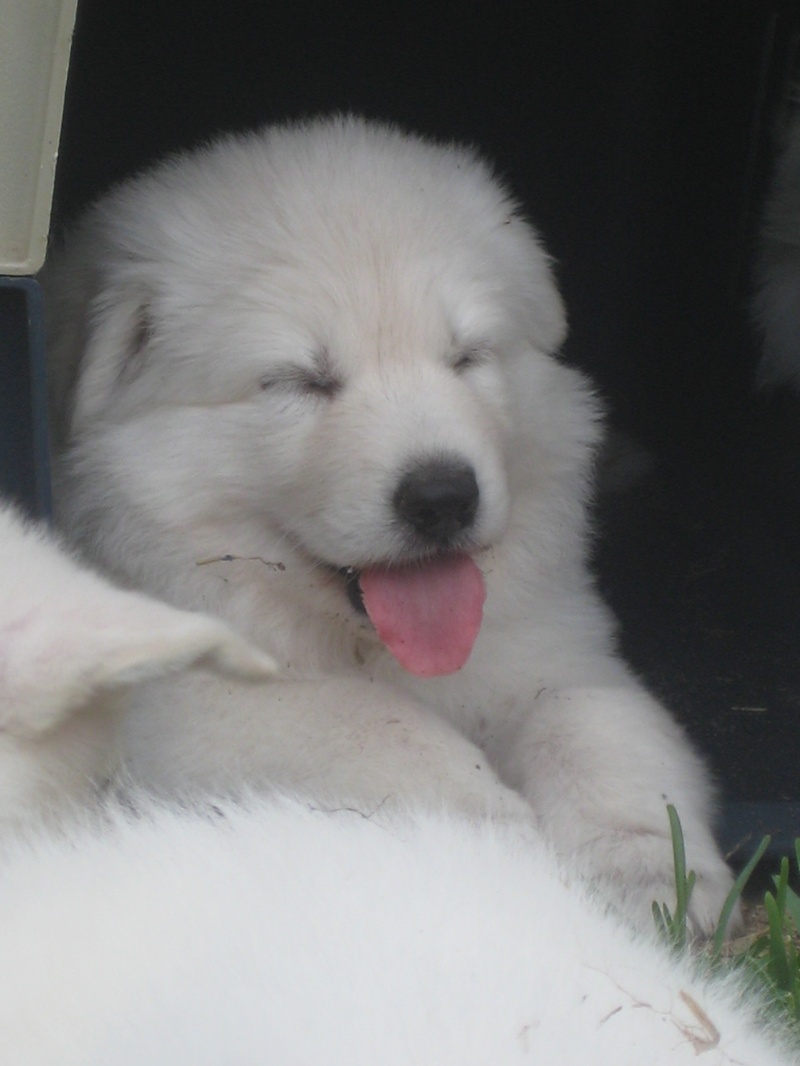 She will be coming home to Colwyn Park after Easter 2012.