Following the birth of Paris's pups on Melbourne Cup (Australia's premier horse race) Day in November 2009 I followed with excitement the photos of the pups as they grew.  Every week as the photos were published I tried to choose which boy would be mine.  As time passed and they grew into little fluffy individuals my first and final choice was Chocoloate Boy.

He was the largest male from his litter and was chosen for his confident outgoing personality together with his large frame ensuring a bigger boned breeding result. 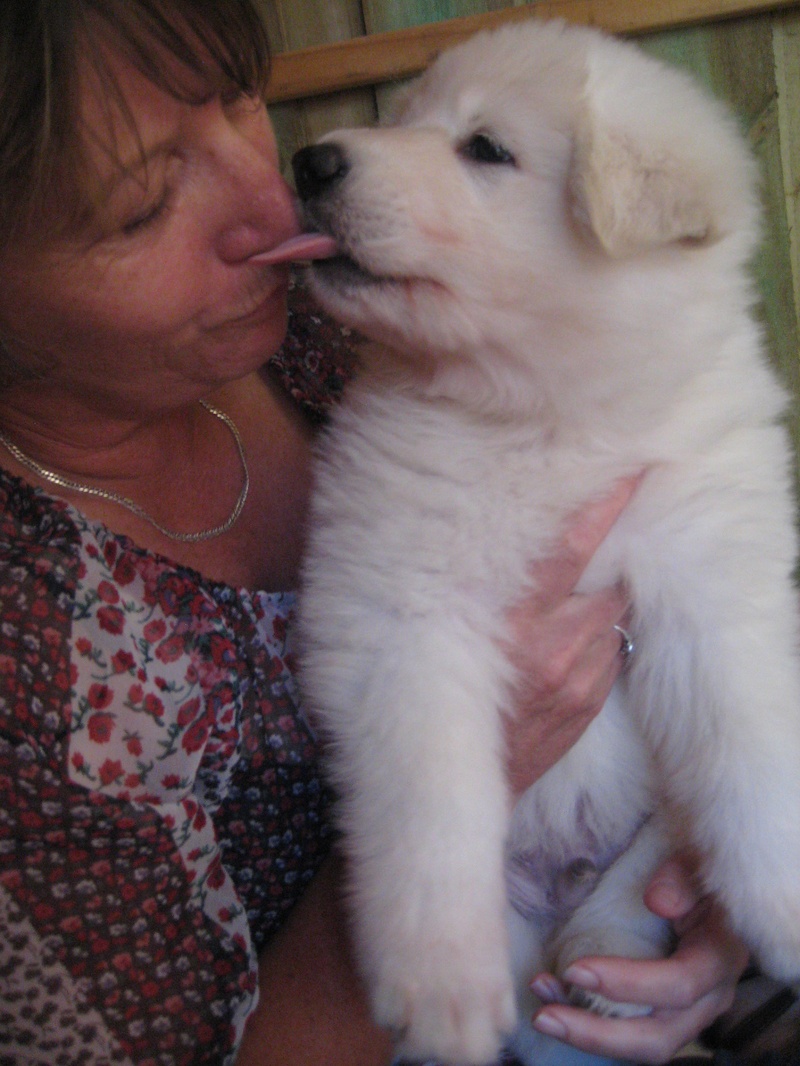 When the pups were 6 weeks of age, we were able to visit and "choose" our boy.  It was a steamy hot December day in Perth and all the puppies were very tired but comfortable in their air conditioned home.  The decision was finalised when choc boy kissed me and I fell in love (apologies to Kevin). 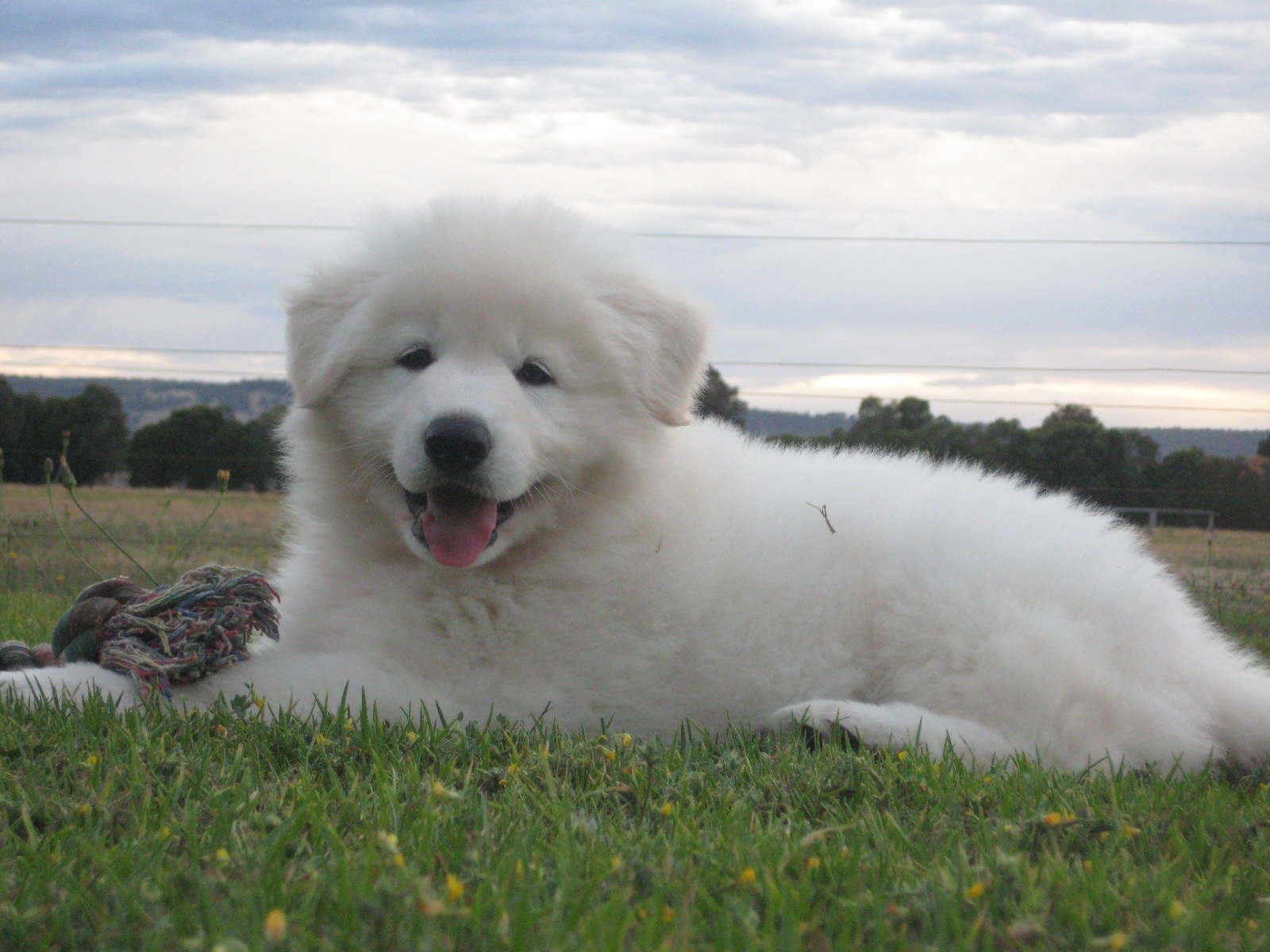 A few weeks later we collected Ajax to bring him home to the farm to begin his new life with our family. 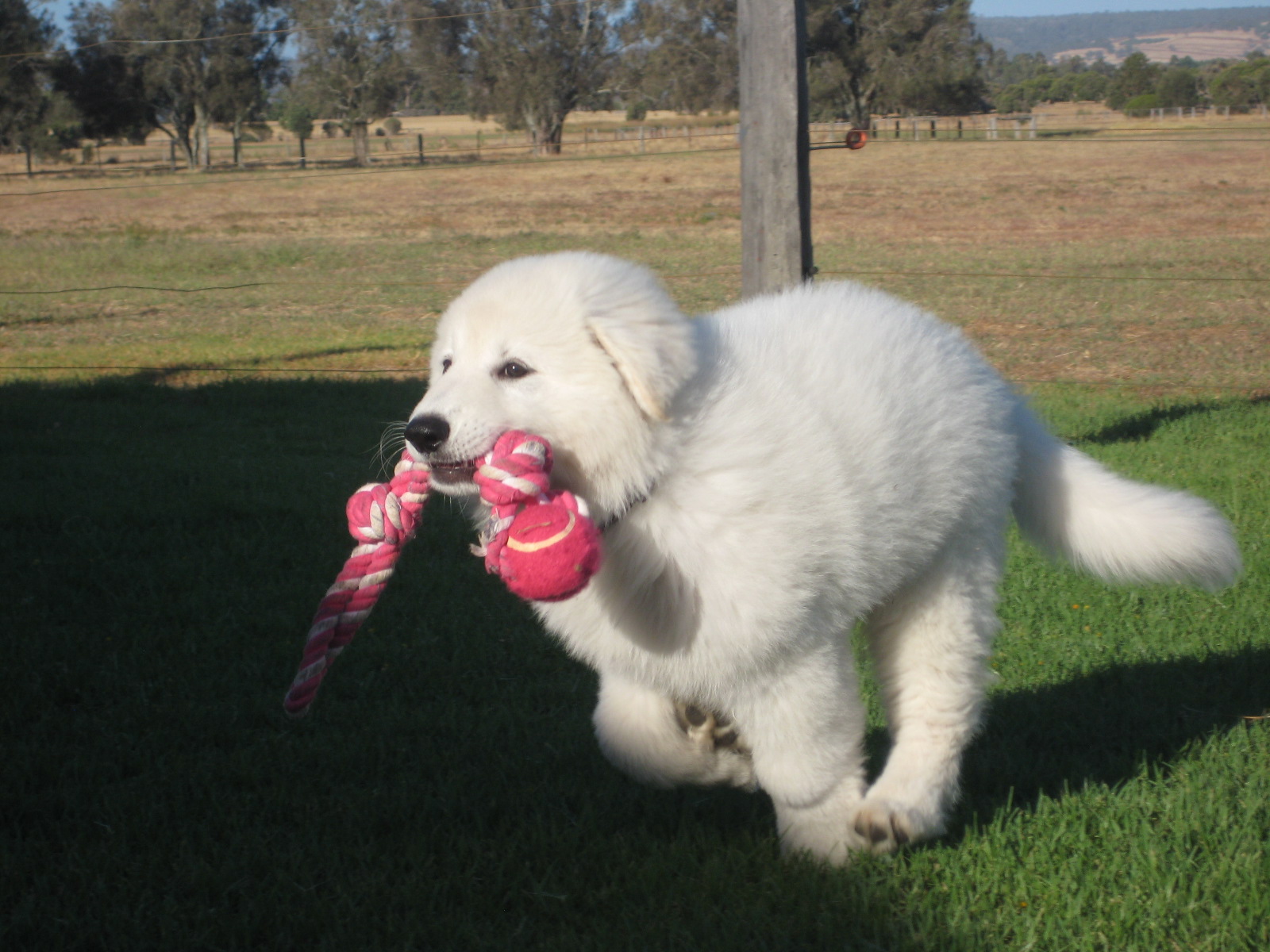 He found out that chooks ran if you chased them but lay quietly while you gently picked them up and brought them back to the house. But this was frowned upon and not repeated.  He learned to stay out of the horse and cow paddocks away from dangerous hooves.

He travelled happily on the four wheel motor bike when too tired to walk another step.

He spent most of his time asleep in the house until the Australian summer finished and the cooler weather commenced.